A man lived an enormously satisfying life. He seemed to have it all – material comforts, social standing and recognition. People would envy him the easy life he led,  and often reminded him how lucky he was to have that Midas touch.  However, deep within the man was lonely. In pursuit to understand his loneliness, he began diving deeper and  discovered that descending deeper required equalizing the pressure periodically. Soon enough, he had transcended the initial scare and found joy in buoyancy.  Aided by aquatic inventions, he began to dive deeper and his buoyancy started to provide him soul-satisfying experiences of the corals, the under-sea life, hidden caves  &  paths and other flora &  fauna.

He was on a new high when one of his explorations led him to a beautiful deep-sea cave and camouflaged within it, the most beautiful mermaid he had seen.  Attracted by the cave and the possibility of more sightings of the mermaid, brought him to this part of sea more often; responding slowly at first, the mermaid too was now flirting with him.  He was elated the day he discovered that she was an amphibian and soon enough they built their abode on a pristine island.  Gradually they managed a few worldly comforts, attracting more seekers to enrich their lives on this island.  They were having the best of both worlds – above the sea that provided them the sun and fresh air; and subterranean world of discoveries that rejuvenated their buoyant bodies.

As time passed, their island became home for a few more people.  One of them was a midwife known for her skill in delivering babies on the mainland.  She had grown tired of the mindless deliveries for people who would seek to become parents because of an ego boost and/ or because they had  to procreate.

It was painful for her to see that children were first produced thoughtlessly and then brought up insensitively.  She had finally run away from these to find solace on this pristine island.

The man, by now having a blissful life with his soulmate (the mermaid) continued to explore far & wide.  However, the arrival of the midwife on this island roused a new desire.  Despite having left the mainland long time ago, a yearning for a child began to occupy his heart. The mermaid sensed his desire.  In her unflinching devotion to him, she wanted to bear the most beautiful child for him; she knew the risks involved in carrying a child in a body that was only a half abdomen and serpent like twin fish tails.  But, who had ever seen the limits of love? She befriended the midwife.

The midwife saw this an opportunity to catalyze and bring into this world one of the most loved child.  A child whose mother had a heart of gold and a father capable of equipping the child with valor & strength.  With the mind of its own, the child was bound to bring joy to this world.  The midwife, the ‘to be’ mother & father were most excited at the prospect of bringing this child into being.

The ‘to be’ father & mother and the midwife were ecstatic throughout the pregnancy, notwithstanding the trials & tribulations arising from morning sickness, fatigue, unpredictable change in tastes & smells and periodic indigestion.  The joys of the very first momentous kick to the minutest activities in foetus had eclipsed all these troubles.  It appeared, that the longing to see the child made the clock tick at triple the speed.  And finally the D-day arrived.

The mermaid had been prepared by the midwife.  The midwife, to the best of her ability had equipped her with all the sensory and action-oriented information.  The urge to bear down brought about an ease in the phases of dilation for the ‘to be’ mother.  The baby seemed to reach the birth canal and the midwife thought in a moment or two the baby would pop out; the father was seeing the birth, helping with and watching  the process; several minutes later, when the process remained incomplete, the man got very anxious and questioned his own desire to bring baby into this world.  The mermaid was the most precious discovery of his life and he didn’t want to cause any harm to her. The mermaid in turn kept the hope that in a matter of a few more moments she would perhaps deliver the biggest joy of his life.  The midwife realized that in her lifetime of experiences, this was her most awaited baby.

The baby was oblivious to all this.  It seemed that the baby didn’t seem to be ready to let go of the comfort of 98.6 degree Celsius. It remained stuck, and wouldn't pop out.  By now the agony on the face of mermaid had become contagious and so too the anxiety from the man.

The ‘to be’ mother was eager to offer the most precious gift to her man.  The Man himself didn’t want anything but the safety of mermaid.  The midwife seemed to be caught between the devil and the deep sea; she knew that any intervention would imply losing either the mother or the child.  The man argued that he just wanted his mermaid back fully and nothing else mattered.  The mermaid seemed to be drowning in her tears.  All that the midwife could do was to pray and trust that the half-born child would honor his own gut, find courage and not hesitate to flex his head.

Who caused this – the man’s desire? Or was it the baby’s unwillingness to trust the nature and contract his head?  Or had the baby’s skull already been hardened and couldn’t pass through the canal? Or was it that the mermaid’s tube wasn’t big enough to let a child find his world?

None of the three standing outside his cocooned self, seemed to have any clue.

What do you think - how will this story end? And among the three, who can help whom to cope with the intense emotions they are experiencing?

harish
Founder of Potentia (www.potentia.in) ...have led team to support 350+ client organizations over twelve years …leverage entrepreneurial perspective of human processes, organizational dynamics and systems perspectives helping me to contribute significantly to the business success stories through OD interventions and coaching of C-suite executives …sought for elevating business performance, shaping an enabling culture and strategic HR …before Potentia worked with different corporate houses, the last one as the CHRO & Operations head at Tata Business Support Services… …a catalyst & Board member for Adventure Beyond Barriers Foundation (ABBF -- https://abbf.in/) which strives to mainstream persons with disabilities and promote inclusive society …endurance sport, yoga, swimming, chess, travelling and reading & writing provide me energy …a self-proclaimed positive psychology evangelist, I am a student of life, often learning through the eyes of my grown up children... …currently am in pursuit of Fellow Program in Management at Indian School of Business (ISB)

An Anatomy of Thriving Relationships

My last blog ‘Set the Soul Free’ prompted a reader to ask me, “Harish, since you believe every relationship comes with an expiry date... 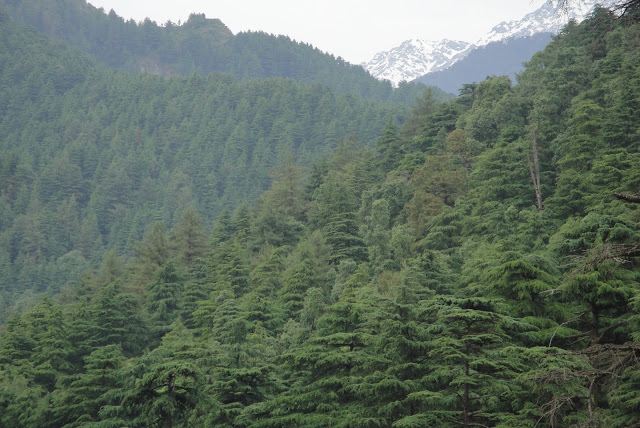